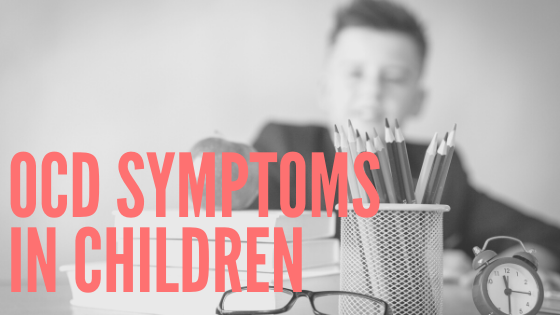 Many parents form the habit of blaming children for their conduct in response to these intrusive thoughts.
It is natural for you to want to understand why your child has OCD, however, you should be aware that you or the child is not to be blamed. You don’t have to curse yourself or the child, as doing so might not help the kid get better but worsen the OCD symptoms.

This mental illness causes distress and anxiety in children. OCD fills children minds with repetitive, unwanted intrusive thoughts. Imagine a child filled with thoughts such as I could kill my class teacher with a pen. Imagine these thoughts repeated every time in mind, these thoughts torment kids every time. So kids to for ways to cope with the thoughts and the best way they see is avoiding it, your child decides he no longer wants to attend school because of that.

How to recognize OCD symptoms in kids

Have to talk to your child and he or she keeps talking about bad thoughts, fear or worries? Children do not understand what OCD is, so the best way they can say it is bad thoughts. Most times they really find it hard to describe these unwanted intrusive thoughts. However, they are easily compelled to perform rituals, which attenuate their response effect – anxiety and discomfort. 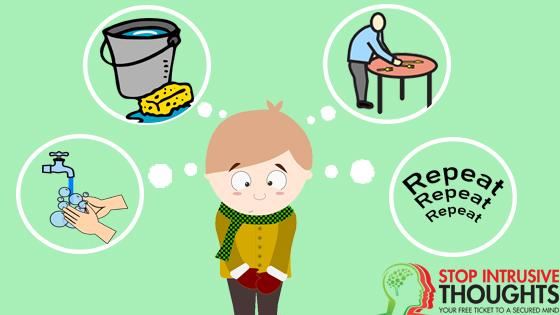 For instance, a 7 years old kid, has this repeated, unwanted intrusive thoughts that someone broke into his room and spoilt his favorite Xbox. Those repetitive thoughts is an obsession. In response to the obsession, he will make sure the doors and Windows are locked, his favorite Xbox placed in a safe place before he goes to bed at all. That action becomes a ritual which is called compulsion.

Identifying OCD symptoms requires you to look into your child acts. These symptoms appear as rituals – a compulsion to the unwanted intrusive thoughts which torments them. Although some of these rituals might be taken for as OCD symptoms in Children.

Another popular and obvious OCD symptom is fear of germs. Many kids fear germ and do not want to contaminate it (obsession), they regularly wash their hands, till their skin becomes raw. Although these compulsions appear normal, when this compulsion is interrupted and the kid becomes restless then it becomes OCD.

Although, there many other compulsion children engaging in. However, these symptoms are not an effective way to conclude that your child has a mental illness. So undergoing a proper diagnosis from your a doctor is important.

It is crucial, as a parent that you watch your children acts. Recognizing these symptoms first makes it easy for both parent and kid to have a quality life. Help your child relax and understand that these thoughts are not real and they should face their fears the way superheroes do.